A week in dinners 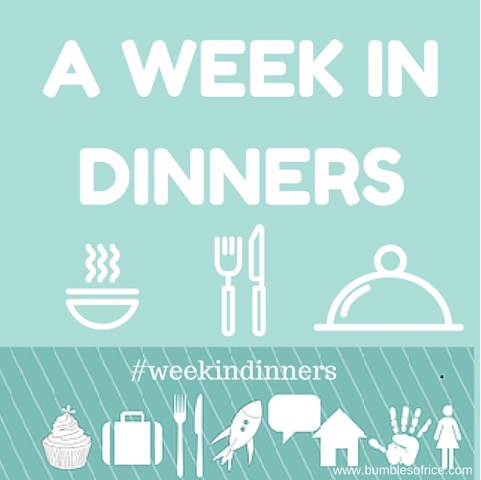 As much as I would love to and aspire to creating wonderful new dishes each week for my precious cherub's dinners the reality is it is often the tried and tested favourites that get dished up most weeks. These are mostly predictable and verging on boring but they come with a reasonable chance of being eaten by at least 3 out of 4 children.

The lovely Sinead over on Bumbles of Rice runs an occasional linky where bloggers post a weeks worth of family dinners, normal weekday unstlyed dinners and I love reading through it for inspiration and also because I love getting a peek into other people's lives.

So here's my week in dinners, they are mostly home cooked, reasonably balanced meals, excuse the photos, they were snapped before hungry children descended!

Sunday:
We had curry two ways, a fruity chicken curry to please everyone and a spicy potato and chickpea one mostly eaten by the grown ups. 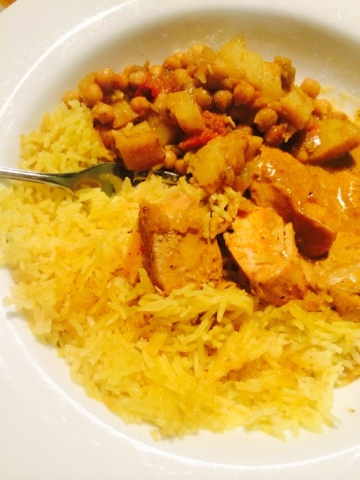 We had homemade burgers and chips, with coleslaw made by the lady in our village shop, the girls have declared this to be the best coleslaw and prefer it to mine *sigh* 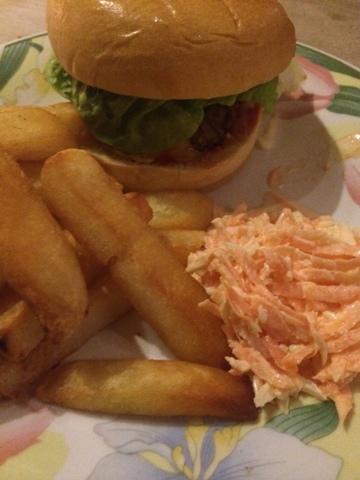 Still on my mission to incorporate more fish in our meals we had Lidls hake fillets which are marinated in garlic and chilli, we had these with new potatoes and spinach. The fish was really tasty but there were SO MANY bones in it, I was really annoyed about this. 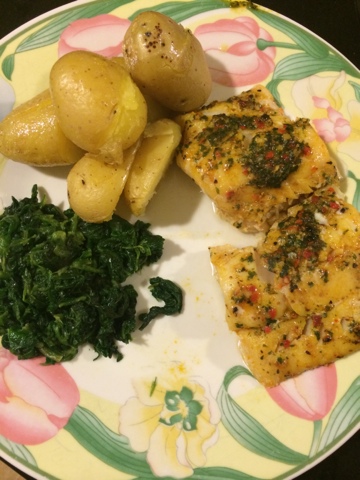 The kids had spaghetti and meatballs before swimming, recipe here http://lifeonhushabyefarm.blogspot.ie/2013/01/yummy-scrummy-meatballs.html and the grown ups had Spanish Chicken after work and typically the kids thought our dinner looked very interesting so they ended up eating most of ours! 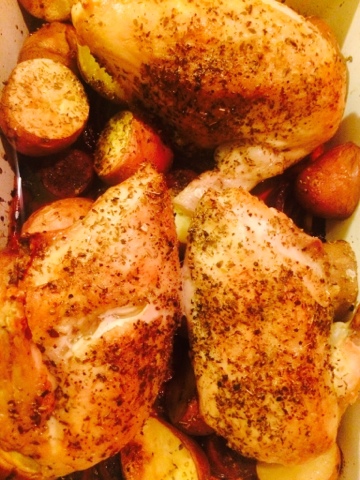 We had homemade chicken Kiev, I had made this previously for the kids and they refused to try it for our childminder due to the offensive herbs in the garllic butter, then devoured mine later that evening so this went down very well with everyone. We had roast potatoes, roasted veg and 'Christmas Sprouts' with this. 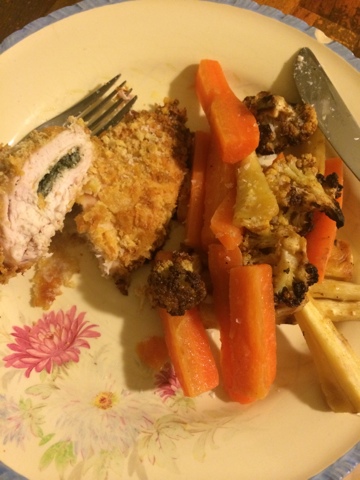 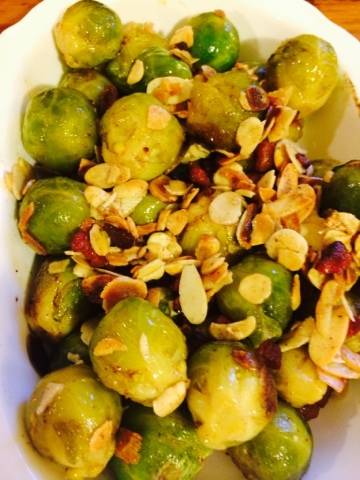 Friday was pizza night, not homemade but the Milano ones from Tesco, no pictures required.

There you have a snapshot of our dinners, looking back there is probably one too many chicken dinners and a meat free night needs to make an appearance!! What dinners feature most on your menus?

If you'd like to see some more contributions head on over to Sinead's blog for a browse.